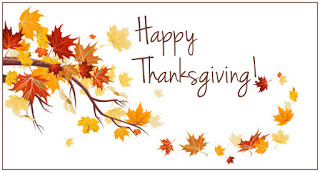 This year we are spending Thanksgiving in India - and guess what?   It's not a holiday in this Hindu nation.  It's not even celebrated by the Christians here.   What a strong reminder that America and Canada are not the center of the world.  (Yes I had to include my native country - even though you northerners celebrate Thanksgiving earlier than we do.)

What a great time to change our perspective.  To focus our hearts and minds on the amazing blessings we enjoy - every day - not because it's an official holiday.

What if we were to turn Thanksgiving into Thanks-living.  What if we made it a habit to thank the Lord every day - in every situation.  For the big things - and the small things.  Science has proven that living a life of gratitude benefits every aspect of our lives.


During this season of Thanksgiving, and throughout the year,  Gary and I want you to know how grateful we are for you.  Your love, your prayers, your support, every encouraging word - it all makes an impact in our lives and the lives of those we minister to.

Our Amazing God has given each of us an Amazing life.   And the Journey Continues ~ Pat

"In everything give thanks; for this is God's will for you in Christ Jesus."
1 Thessalonians 5:18

Click here to read the recent devotional by Dr. Jeff Shreve that got me thinking about this topic. 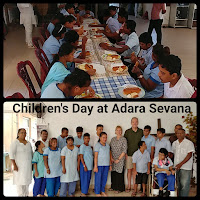 The ten days we spent in Sri Lanka went by very quickly and were very productive.  This was our 4th trip together and we quickly settled into our Sri Lankan home in the guest room at Adara Sevana - a school for the 'Differently Abled".  Each morning we joined the students for daily chapel which included a short Bible story narrated and acted out by - you guessed it - Gary and I!  They enjoyed our amateur dramatics. It was a blessing to pray and speak a blessing over them.  We also shared a special lunch on Children's Day.

Our Sri Lankan ministry partners,  Layasing and Deepthi, have caught the vision and seen the fruit of the eye clinic ministry.  Deepthi has pursued her education over the past 3 years and is almost a fully licensed optician. Her training and certification legitimatizes the eye clinics with the Ministry of Health.   Eye clinics were held in the city of Kandy and village of Akureesa.   We saw about 230 people and gave out 200 pair of eye glasses. Everyone received prayer, and a touch of Jesus' love in a practical way.

Worship and the Word were shared in Sunday and Wednesday services, and a special weekend revival service in Kandy.  It is always encouraging to worship with The Church wherever God sends us.

Deepthi and Layasing are wonderful hosts, graciously making sure we had all that was needed to make our stay in Sri Lanka a joy.  Not to mention the delicious Sri Lankan food! 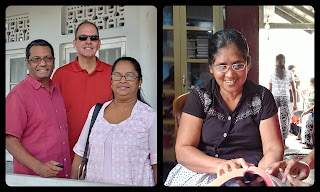 A part of our heart remains in Sri Lanka.  God is moving, the church is seeing increase – remember to pray for them as they shine the light of Jesus in this primarily Buddhist nation. 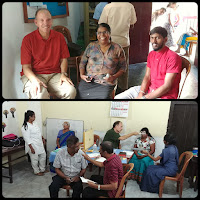 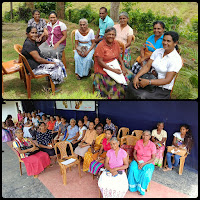 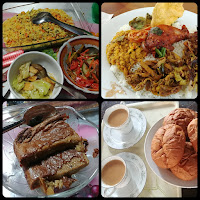 DISCLAIMER: Due to our travel schedule and sketchy internet - Journal updates are not in real-time or even in chronological order.

Posted by Pat Richards at 8:12 PM No comments:

On Easter Sunday, April 17, 2019, Sri Lanka was rocked by terrorist attacks on churches and hotels in the capital city of Colombo and in the eastern coastal city of Batticaloa.  Sadly, 253 lives were lost and many hospitalized due to these attacks perpetrated by a faction of ISIS.

One of the churches that was bombed was Zion Church in Batticaloa.  With our local ministry partners, Pat and I had the privilege to see the church grounds, meet with the Pastor for over 2 hours and pray with him.  Following is an account of what happened that tragic day at Zion Church.

The terrorist had originally planned to attack St Mary's Catholic Church a few blocks away, but when he arrived mass was over, so he went down the street to Zion Church.  Twenty-nine people died, among them a married couple who were the church’s worship leaders, the assistant pastor, several Sunday school teachers and 17 children.

Packed into a large backpack, the blast from this powerful bomb was heard over 3.5 miles away!. It was made up of bottles packed with a corrosive chemical powder and filled with thousands of tiny ball bearings, capped with  C4 explosive. The bombing was tragic and devastating to the families of those killed or injured. Some families lost multiple loved ones. Several people have permanent injuries and are believing for the Lord to heal them. Some are still recovering from burns, others are awaiting plastic surgeries.

The enemy planned for more to die - but God!!!  These may sound like coincidences, but we believe they were divine intervention in an evil plot.


Six months after this tragic blast, the church is being rebuilt by the government and people continue to cope with the results of this grim reminder that we “do not wrestle against flesh and blood but against principalities and powers in heavenly places.” (Ephesians 6:12).  The Pastor and congregation have chosen to forgive their attackers, and reject bitterness that could destroy hearts and lives as surely as the bomb did. They declare that they will continue to fulfill the call and the mission that God has given them to spread the message of Jesus’ love.

Please continue to pray for Zion Church and all those around the world who are suffering persecution because of their faith in Jesus. 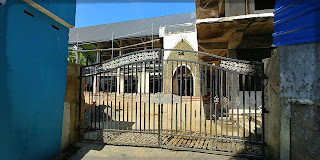 Posted by Pat Richards at 12:05 AM No comments:

John and his wife Sotey, along with their children Jayme and Anna, live in Phnom Penh, Cambodia, ministering to the poorest of the poor through Reaching Kids International - Cambodia.  Thanks to your prayers, support and gifts - Greater Works Unlimited is able to help change lives physically and spiritually.  Here's John's report:

Generous packets of noodles and fish (canned sardines) were given to nearly 150 families from the village, and loaves of bread distributed to the kids and many of their parents who attended. 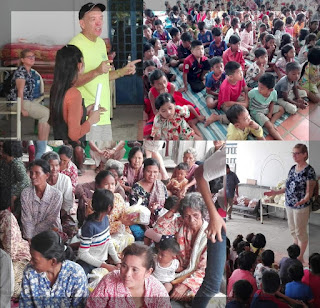 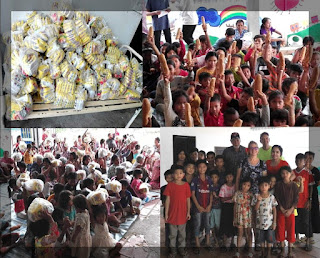 Gary and I were blessed to see how well-run this Children's Center is.  The Pastor and his family live on the property with the children and flocks of ducks, geese and chickens. After the outreach program the villagers returned to their homes and we enjoyed lunch with the children and workers at the center.  The children were served first - a simple meal of rice and duck stew from the flocks they raise.  Even though they were hungry, all the kids waited to give thanks for their meal before digging in.  Our lunch included a few more dishes, all deliciously prepared by the workers and older girls who are learning the useful skill of large scale food preparation.

Some of the girls took me on a tour to see their shared dorm rooms: typical girl's rooms with colorful sheets on the bunk beds, photos of models and drawings of flowers covering the walls; books and clothes piled up in their limited space.

As the children get older, the center needs more space and are praying for the ability to build a second level of rooms soon.

Join us in agreeing with their prayers and the heart of Father God to see each of these thirty-four children and young people provided for physically and spiritually so that they will fully walk into their God-given destiny and purpose. 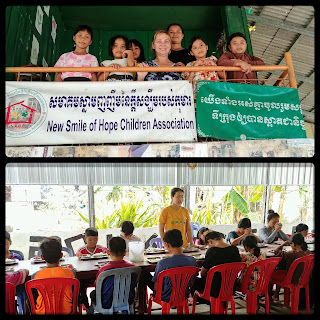 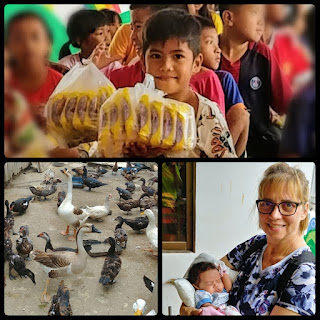 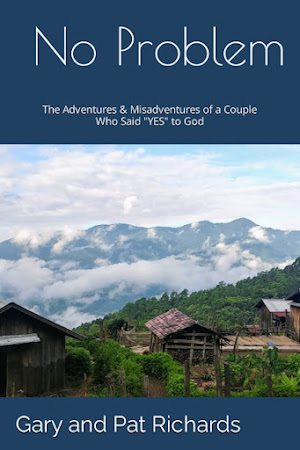