Off To Our First Clinic In Udugama

Our plans today to depart at 7:30 AM to our first eye clinic in Udugama were slightly delayed - on our side, by the hotel kitchen's laid back interpretation of time (breakfast at 7:00 AM became the initial fruit plate arriving at 7:30...) On the destination side, heavy rain and subsequent flood warnings required our key contact waiting in Udugama to drive back home and transfer his family to safety and move furniture up to their second story rooms. They live further away from the clinic destination, down near the river. When severe floods occurred in Sri Lanka this past May, their home quickly was under water past the second story and they were rescued off the roof.

As of our departure time of 8:35 AM, we were assured that the area we are headed to is safe, being at a higher elevation in low-grown tea country. If rain continues at the current rate, plans may not go as scheduled for today's second eye clinic and tomorrow's scheduled church meeting and eye clinic, due to safety warnings of potential mudslides and also because the people who would come to the clinics would be occupied with moving to higher ground.

BUT there is a bit of sunshine peaking out, so we wait to see what God has in store either way.

Side Note: Low country tea is different from high country tea, which is perceived as a finer quality product. I noticed right away that the terraces are not as steeply vertical nor the plants as strictly pruned as on the high country estates we visited near Nuwara Eliya in 2016. 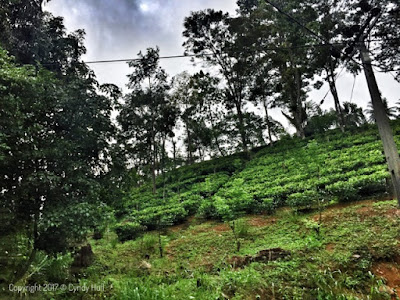 We also drove through palm oil and rubber tree estates - love seeing the real world source of a common item off ingredient lists. Kind of like putting a face to a name. 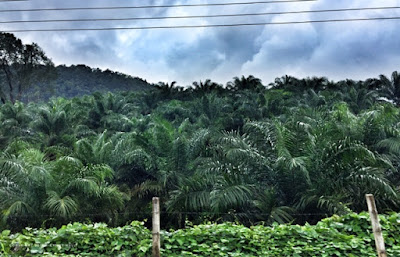 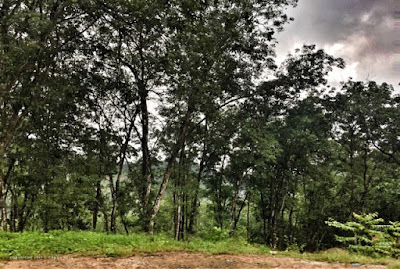 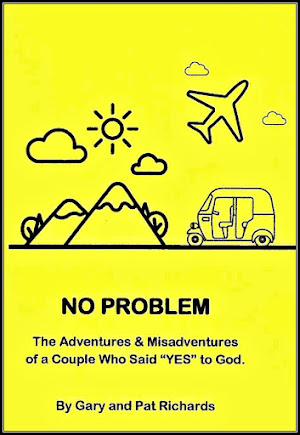